The Best Investment on Earth is Earth

“Mhasibu” means an accountant in Swahili.  MICL was started by members of the Mhasibu Sacco society.  The formation of the Sacco from which MICL was born, was spearheaded by members of the institute of certified public accountants of Kenya (ICPAK). The members decided it was important to explore other investment options by pooling resources together and hence the birth of Mhasibu Investment Company Limited (MICL).MICL was founded and registered in 1997 as a limited company and has since grown to 300 shareholders.

It was started to take advantage of the then high yield of returns on treasury bills and bonds but has since diverted from fixed income to higher return investments for example  in private equity, real estate and offshore investments. The share capital has grown more than 20 times from December 1997 to 2009.  MICL also has a very well established  Over the Counter facility (OTC) to enable shareholders trade in their shares. Mhasibu Investment Company Limited or MICL has been a member of KAIG since 2007. Economic Areas of Investment include Real Estate, Stock Market and Offshore Investments

Inspired by the desire to uplift members’ development needs, Mhasibu Sacco registered a fully owned subsidiary housing company, Mhasibu Housing Company Limited (MHCL), to deliver housing solutions to Members and Non-members.The Sacco was established in 1986 by the Institute of Certiﬁed Public Accountants (ICPAK). The Sacco prides itself of a fast-growing enlightened membership consisting mainly of accountants. 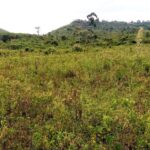 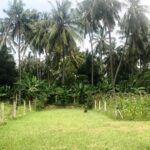